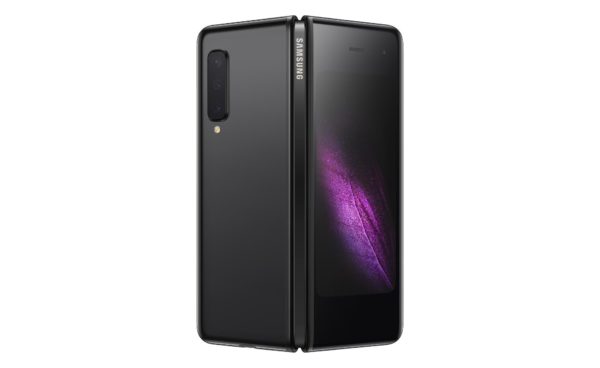 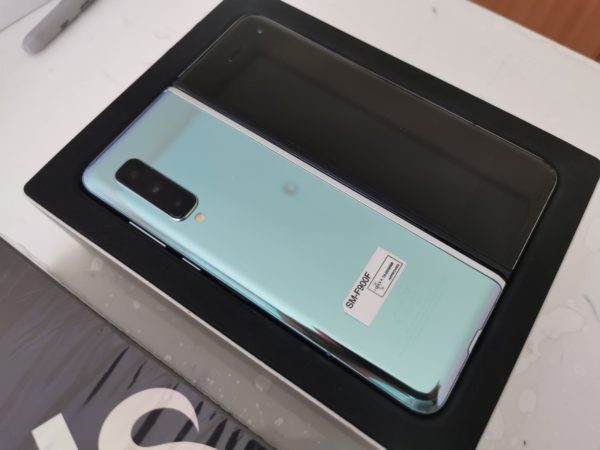 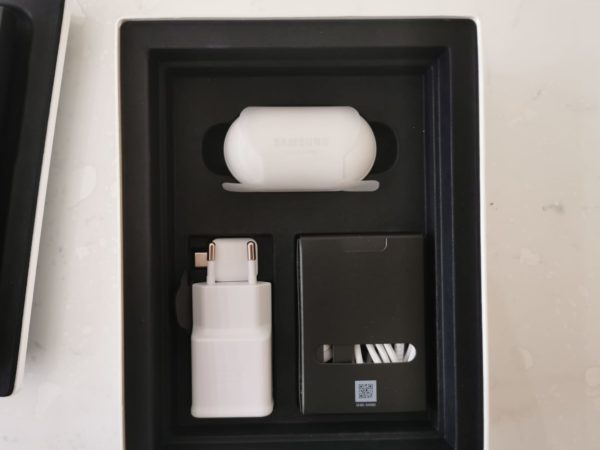 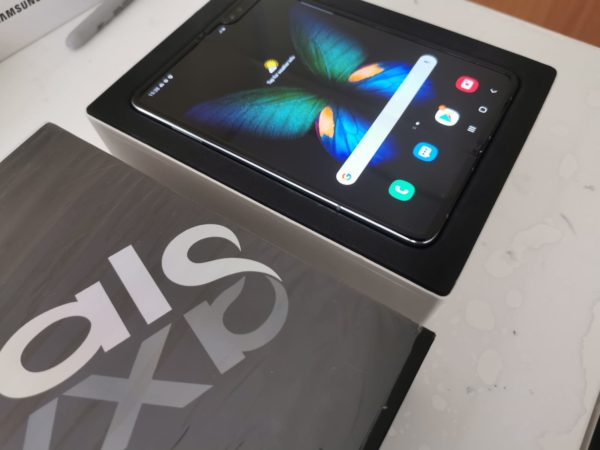 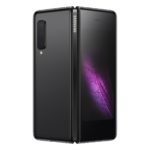 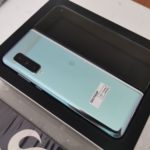 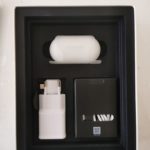 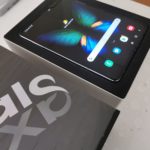 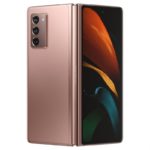 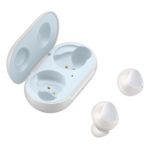 Samsung Galaxy Buds True Wireless In-Ear Headphones – White
0 out of 5
( There are no reviews yet. )

Including box and charger.

Samsung Galaxy Fold
A Smartphone. A Tablet. Folded into One.
The Galaxy Fold is Samsung’s highly anticipated next-generation mobile device. Featuring the world’s first 7.3″ Infinity Flex Display for incredible productivity and media experiences, Galaxy Fold folds into a compact device with a cover display for use as a traditional smartphone.

Samsung Galaxy Fold Key Features
This innovative device from Samsung is creating a new category of mobile device. Galaxy Fold delivers a large screen tablet/super phone experience in a form factor that transforms into a compact and portable handset, still capable of performing all the tasks expected of a traditional smartphone.

Developing such a device is the culmination of over 8 years of research and development, following the debut of Samsung’s first prototype flexible display in 2011. Since then, the display technology has evolved exponentially, along with the materials and engineering required to create a product suitable for the modern consumer technology landscape of 2019.

New Display Materials
The Infinity Flex display doesn’t just bend; it folds. Folding is a motion that involves the entire display surface, rather than having a section that simply bends.

Samsung has invented a new robust polymer layer, as well as creating a display around 50% thinner than found on a typical smartphone. This new composite material not only delivers Galaxy Fold’s flexibility, it also ensures a tough, resilient and long-lasting finish.

New Hinging Mechanism
Galaxy Fold opens and closes smoothly and naturally, just like a book. Whether moving to compact or open states, the result is a perfectly aligned or flat surface with a satisfying click at the apex of the motion.

Achieving this required a novel engineering solution. The sophisticated hinge in the centre of the Galaxy Fold features multiple interlocking gears. This gearing system is hidden inside an enclosure, providing a clean, seamless and sleek silhouette in keeping with the Galaxy range’s minimal design language.

New Interactions and Interface
With a completely new form-factor, there is no reference for how to make the interface and user-interaction intuitive. From the placement of physical connectors, buttons and sensors on a device that changes shape, to managing software transition between two completely separate and differently-sized screens, everything about Galaxy Fold is a first.

Even balancing the device in the hand is an interesting challenge, with two separate, yet connected pieces in the chassis. To avoid a final product with a skewed centre of gravity, Samsung has incorporated two batteries – one in either side – and developed a new power-sharing system to keep them charging/discharging in tandem.

Multi-Active Window allows you to run 3 apps simultaneously on the main tablet screen, in a variety of size configurations.

App Continuity is a new system to allow transition from the cover screen to the main screen (and back again) as Galaxy Fold is opened and closed. The cover screen can run any Android app, such as Maps. When you open the device, the same app will already be loaded exactly where you were – even if you were halfway through typing a message – and scaled into the correct form factor for the larger screen, including any additional app features available at that size.

Samsung has made the App Continuity API available to developers, so all major apps can and should support the system correctly, as well as any smaller independent apps that choose to implement the system.

What’s in the box?

There are no reviews yet.

Get all the latest information on Deals, New Phones & More

has been added to your cart:
Checkout
We use cookies on our website to give you the most relevant experience by remembering your preferences and repeat visits. By clicking “Accept All”, you consent to the use of ALL the cookies. However, you may visit "Cookie Settings" to provide a controlled consent.
Cookie SettingsAccept All
Manage consent

This website uses cookies to improve your experience while you navigate through the website. Out of these, the cookies that are categorized as necessary are stored on your browser as they are essential for the working of basic functionalities of the website. We also use third-party cookies that help us analyze and understand how you use this website. These cookies will be stored in your browser only with your consent. You also have the option to opt-out of these cookies. But opting out of some of these cookies may affect your browsing experience.
Necessary Always Enabled
Necessary cookies are absolutely essential for the website to function properly. These cookies ensure basic functionalities and security features of the website, anonymously.
Functional
Functional cookies help to perform certain functionalities like sharing the content of the website on social media platforms, collect feedbacks, and other third-party features.
Performance
Performance cookies are used to understand and analyze the key performance indexes of the website which helps in delivering a better user experience for the visitors.
Analytics
Analytical cookies are used to understand how visitors interact with the website. These cookies help provide information on metrics the number of visitors, bounce rate, traffic source, etc.
Advertisement
Advertisement cookies are used to provide visitors with relevant ads and marketing campaigns. These cookies track visitors across websites and collect information to provide customized ads.
Others
Other uncategorized cookies are those that are being analyzed and have not been classified into a category as yet.
SAVE & ACCEPT